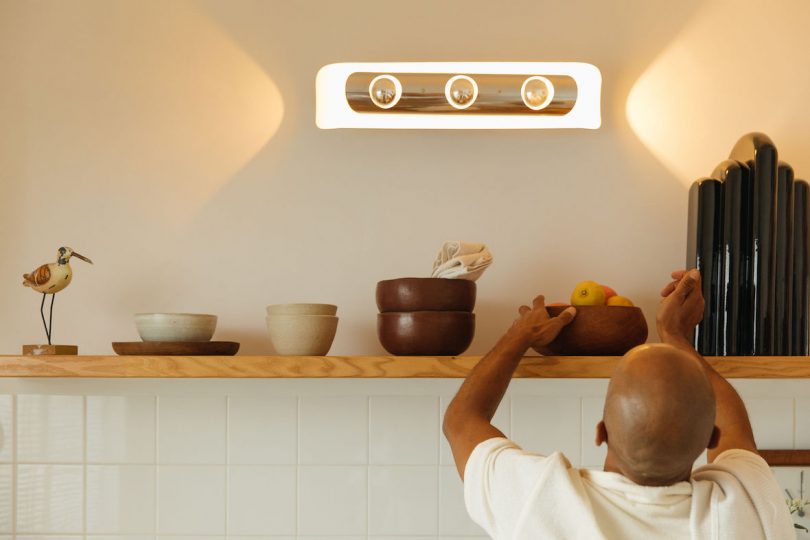 “Authenticity is my north star,” says designer Mark Grattan – founder and creative director of VIDIVIXI (it means “I saw, I lived” and references a Victor Hugo poem), consultant to Solange Knowles for her hyper-creative platform Saint Heron, and the much-lauded winner of the debut season of Ellen’s Next Great Designer earlier this year. In this week’s Milkshake, the usually Mexico City-based Grattan joins us from his sublet in New York City to share his thoughts on creative self-preservation, risks, and authenticity, and the links between them.

“Authenticity is my north star because it fuels my work,” he says. “If I’m able to communicate things in a way that’s coming from my own, true voice, then I’m happy about it. It’s something that I pursue.” He connects his appreciation for authenticity to his mother’s capacity for risk-taking: “There are no risks without authenticity, and there’s no risks without bravery,” he says. It’s just something that comes naturally [to me]. That was something my mother passed to me. She was a risk taker. She threw caution to the wind a lot; she trusted the universe. She had a lot of faith, and I’m so happy that I’ve sort of been able to trust myself, and trust the world around me.”

Also in this episode, we talk with Mark about the creative significance of moving his practice to Mexico City – giving him the headspace to work in his singularly sensuous, sinuous style, with High Glam finishes and super-sexy silhouettes. “Mexico gave me the opportunity and the time and the sort of relaxation to release – to finally have my voice, because this is not something that is easily attained in New York,” he says.

“New York is a very beautiful place. I think it’s very productive. I think it’s great for creatives – if you want to make a sale. But I think that’s where it stops. Big cities are great for selling. But they’re not a good place to be creative. I found that in Mexico. I didn’t even know I was looking for it, but I did.”

For more – including his perspective on safeguarding his creative headspace, and the rewards of being a loner – tune in.

Diana Ostrom, who has written for Wallpaper, Interior Design, ID, The Wall Street Journal, and other outlets, is also the author of Faraway Places, a newsletter about travel.

Milkshake, DMTV (Design Milk TV)’s first regular series, shakes up the traditional interview format by asking designers, creatives, educators and industry professionals to select interview questions at random from their favorite bowl or vessel. During their candid discussions, you’ll not only gain a peek into their personal homeware collections, but also valuable insights into their work, life and passions.