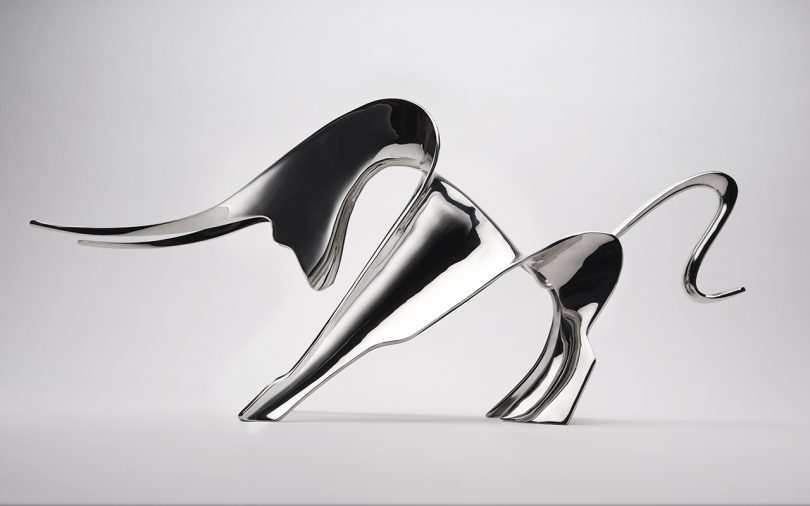 Scott Henderson is a top industrial designer, creating product designs for global Fortune 500 clients. His studio, Scott Henderson Inc., is based in New York City and specializes in industrial design, engineering, digital design, branding, IP/patent generation, and manufacturing sourcing. Scott’s point of view is that design should achieve “clever-freshness.” Clever, as in ingenuity combined with a sense of wit, and freshness that evokes feelings of health and happiness. Over 90% of Scott’s projects have been mass-produced, a track record few designers can claim. Aside from his world-renown, award-winning work in industrial design, Scott also creates intellectual property. He currently holds a portfolio of over 50 patents in the U.S. and Europe for innovations in fields as diverse as housewares and home accessories to consumer medical products and electronics.

Scott often speaks on the topic of design, both nationally and internationally, and his work has afforded him opportunities in the design community. His work is included in the permanent collection of the Brooklyn Museum, the Cooper Hewitt Smithsonian National Design Museum, and the Alessi Museum. Scott acts as Chairman of the IDSA International Design Conference, serves as a columnist for INNOVATION Magazine, was named Partner Country Designer and Design Ambassador representing the United States for the Messe Frankfurt Ambiente, and most recently to Henderson being featured as a presenter and judge on the CBS primetime national television series, America By Design.

I love the sculptures of Tony Cragg. As an Industrial Designer, I find our profession likes to downplay our role as form-givers in favor of what is perceived as the more desirable pitch of being problem solvers and innovators whose achievements result from empirical research. However, so much of what Industrial Design has always been about is assigning form to functional objects, which can either make them work better or make them more enjoyable to use. Abstract sculpture is void of any functional and representational qualities – so why then does it even need to look right? We know these pieces do look “right” or “resolved” because they reside in the world’s most prestigious institutions and millions flock to see them every year. To me, this proves that form is anything but superfluous and should never be downplayed.

2. The Power of the Graphic Image

As a child, long before I had ever heard of industrial design, I was, like most burgeoning designers, really into drawing, sketching, and art. Among all the artists I admired at this young age – which included the work of Disney, Rockwell, and Salvador Dali – I idolized the grand master of fantasy art, Frank Frazetta. I studied the other contemporaries in this genre equally as hard, including the work of Boris Vallejo, Jeffrey Catherine Jones, and others, but Frazetta’s work stood out because it was so powerfully designed – meaning its graphic compositions were incredibly impactful. This was my first exposure to the concept of what design brings to the table. That design has the power to transcend its immediate manifestation and inspire the likes of Lucas and Spielberg – which Frazetta’s art famously did – creating multi-billion dollar franchises as a result. It was design, not technical or artistic skill, that made the difference in these images. To this day, I often approach a design problem with the question “how can I make this thing look jaw-dropping?”

I love this tulip-shaped public seating in the Netherlands by the Dutch company Tulpi. Industrial Design is a niche profession, and designers cling to its history and try to build on it to establish a similar credibility to that of the architect – which means they romanticize modernism and minimalism and designers like Sapper, Rams, and Rietveld. If I were to assign keywords to this contemporary design approach, I might come up with serious, austere, hard-edged, and unadorned. In my own work, which often involves designing a consumer product destined for Target or Wal-Mart, my audience might not know or care much about the history of Industrial Design and Architecture. Rather than taking the position that it is my job to educate them, I instead try to design for their true aspirations. People aspire to keywords like lightness, warmth, joy, happiness, love, success, and positivity. They generally do not aspire to be cold, austere, serious, and gray.

One of my last major trips before the pandemic was to India to speak to the industrial design students at Auro University in Surat, Gujarat. My life’s best memories are from trips I have taken around the world. India was so full of life and vitality that an electric energy could be felt in the air. I particularly enjoyed my stay at the Imperial New Delhi, a hotel with distinct British Raj flavor. To experience the rich diversity found throughout the world is critical to being a good designer, because it is only through this that you truly understand that all human beings have the same aspirations and are hard-wired alike. To understand what people really want is to become a great designer.

As a designer, I set my brain loose on a task, “chasing it” mentally for a few weeks before the really good stuff starts to emerge. As a young designer, I would often get frustrated when these results didn’t come fast enough or were blocked. What I didn’t understand was that the information was not yet in my head, and no amount of paper crumbling was going to make it magically appear. In the creative process, it’s important to remember to use diversionary tactics – to step away and let your mind calm down. When you reengage after these breaks, the blocks are replaced by the elusive flow-state, which is exactly where you want to be. Driving along remote roadways with beautiful views, kitschy restaurants, and forgotten towns is a great diversionary tactic for me.