How to Remove Rivets 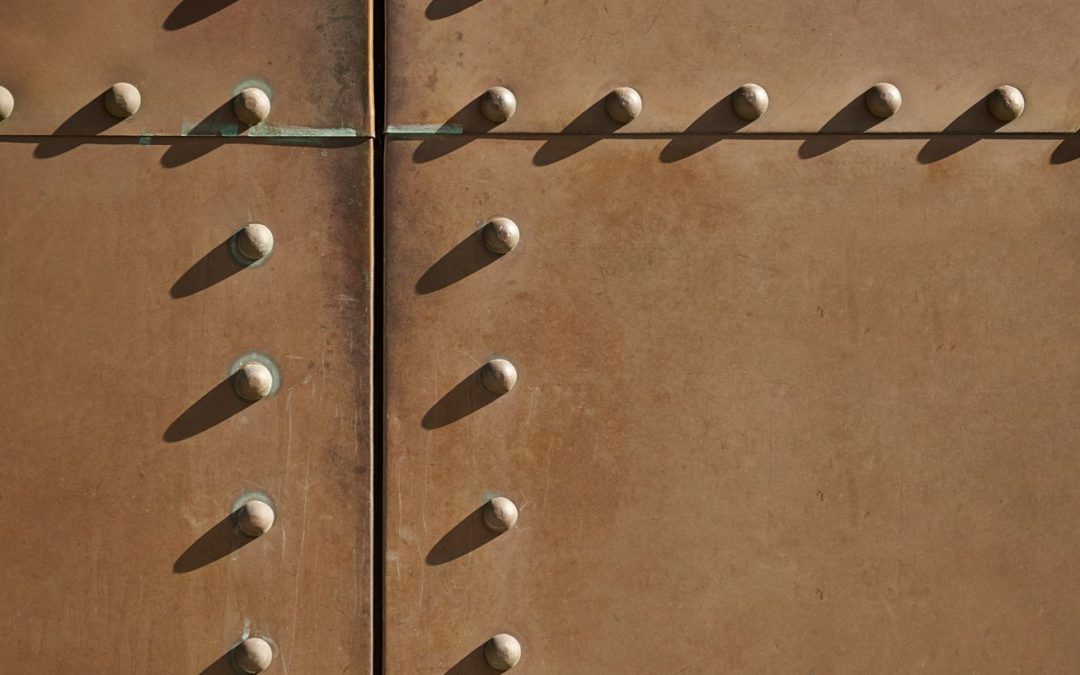 Once installed, these light-gauge metal fasteners are meant to be permanent, but they can be drilled out when necessary. Read this guide to learn how to remove rivets.

What is a Rivet?

If you hear the word “rivet” and immediately think of an industrious woman named Rosie, your point of reference would be sometime in the last century. Before the widespread use of the structural bolt, rivets were used to join steel plates that became bridges, skyscrapers, tanks, airplanes, and ships.

These rivets were thick iron plugs with mushroom-shaped heads that were heated until they were red-hot and placed into holes in the steel. While one worker applied pressure to the head, another worker then peened over the tail protruding from the steel with a manual or pneumatic hammer.

These days, the rivet you will most likely encounter is a smaller, lighter-duty version called a blind or “pop” rivet. (“Pop rivet” is actually a genericized term for the Stanley Engineered Fastening’s POP brand rivets.)

Pop rivets are used to join two pieces of thin material, such as plastic or aluminum, from one side, eliminating the need to access the back of the workpiece. Around the house, they are most typically used to join sections of gutters and downspout fittings. Made of a soft metal, usually aluminum or copper, a pop rivet consists of a small nail, called a mandrel, inserted into a tube.

How to Install a Pop Rivet

After the two sections to be riveted are aligned, a hole that’s the diameter of the rivet is drilled through the layers to be joined.

The mandrel then breaks off at a predetermined weak spot, leaving the rivet flush with the surface of the material. As involved as that sounds, the whole procedure takes less than a couple of seconds.

Occasionally, you’ll need to reverse the procedure and remove the rivet. For instance, when replacing sections of gutter or downspouts, you may need to remove rivets to disassemble the parts. There are a few methods to remove a rivet.

Option 1: Drill it Out With a Dedicated Tool

The cleanest method is to drill it out. If you have a lot of rivet removals in your future—let’s say you’re restoring an Airstream trailer or an old Cessna—you might consider buying a dedicated rivet removal tool.

Option 2: Drill it Out with Basic Tools

If you’re only removing a few rivets, a more accessible method is to use a plain drill bit.

A third method is crude, but it works. (This is probably not the method of choice if you value the appearance of the object that’s riveted; this procedure can mar the surface.)