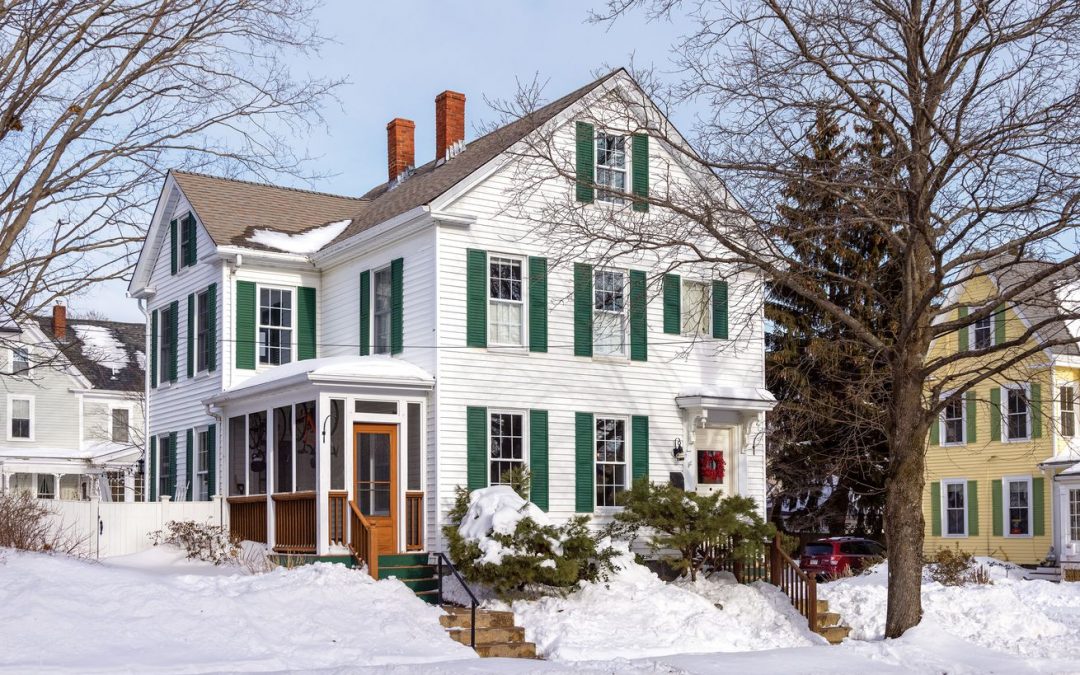 See how one family is adding space and upgrading systems to create their dream home in the town they love. Step inside This Old House season 44’s Newburyport Forever House.

This article appeared in the Winter 2022 issue of This Old House Magazine. To learn how to subscribe, click here.

Set on a tree-lined street in the historic district of Newburyport, Massachusetts, close to downtown and a bustling waterfront where the Merrimack River meets the Atlantic Ocean, the 1902 house was in a perfect location, but had more than a few less-than-perfect attributes.

When Palen and Melissa Schwab bought the house in 2015 and moved in with their daughter, Alice, now 9, they loved its traditional New England charm—white clapboards and green shutters on the exterior, decorative window trim on the interior—but while the house held three bedrooms, it had just one bath. Tired shag carpeting covered the floors, cold winter air blew through the windows, laundry detail required navigating scary steps to the basement, and the kitchen, dining room, and living room offered no space for family gatherings.

Kathryn Fulton
A two-story addition with a poured-concrete foundation will provide the extra space the family needs. Stone from under the house’s back wall was reused in the side yard.

Outside, the sloping backyard made it hard to enjoy the outdoors, and the driveway led to a tiny back entrance. “The property had been well maintained, but it needed updating,” says Palen, who eyed the attic as a third-floor home office. At just 1,400 square feet, the little house had a space problem.

The Schwabs dreamed of a bigger living room, an open-plan kitchen-dining area, a mudroom near the back entry to hide the clutter of daily life, a true primary suite with its own bath to give them—and their daughter—more privacy, a dedicated home office to avoid occupying the dining room table, and a better-insulated house with an all-new HVAC system. With Alice growing up fast and the pandemic having brought the house’s space issues into stark relief, the Schwabs decided now was the time to finally address them.

To find the elbow room they needed, Melissa and Palen turned to local architect Ken Savoie, who designed a new layout for the old house, as well as a 13-by-15-foot two-story rear addition to go up on the only buildable part of the narrow lot. They also enlisted TOH home builder Charlie Silva and the rest of the TOH team for the project, which is being documented as part of the show’s 44th television season (Newburyport episodes begin airing in January 2023). Working with them is a frequent subcontractor on TOH projects, Bilo Plumbing and Heating—a family-owned business founded by Melissa’s father. Her brother, Brian Bilo, is acting as construction manager.

Left: Charlie and Kevin cut and fit salvaged-pine flooring in the doorway of a second-floor bedroom. The pine will continue seamlessly into the hallway. Right: Tom takes a look at the framing around the relocated staircase he and Charlie built to connect the second floor to the attic, which will be finished as an office and a playroom.

The new layout for the existing house made strategic use of two inactive chimneys—tied to obsolete heating systems—which were removed to help create the open-plan kitchen-dining area on the first floor, and to make way for a second-floor laundry area and relocated attic stairs to access a new top-floor office.

The addition will come with a new back entry and mudroom, a first-floor powder room, and a primary suite on the second floor. While the new construction areas will feature energy-efficient materials, including plenty of insulation, and state-of-the-art HVAC, the old house had to be taken down to the studs for proper insulation and new windows, plus upgraded electrical, plumbing, heating, and cooling.

For the Schwabs, one of the most important changes is the new open-plan kitchen-dining area, where a wall was removed to turn cramped rooms into one large space. “Before, we couldn’t entertain more than one couple at a time,” says Palen. “Now we look forward to hosting Thanksgiving.”

The living room also got bigger; it gained almost 80 square feet after incorporating a little-used side porch, whose main function had become bicycle storage. Charlie’s crew saved the porch roof but demolished the porch itself, pouring a new concrete foundation and crawl space, and installing two steel beams to support the second floor.

Anthony Tieuli
Palen and Melissa join Kevin to check out the French doors that connect the dining room to the new patio. A solid slab of granite serves as a transitional step.

“Expanding the living room will make both the living and dining rooms better,” says Charlie. He extended the opening between the rooms to a full 7 feet wide for a sense of spaciousness and widened the doorway from the dining room to the rear patio to receive French doors.

Upstairs, the biggest impact came from rethinking the attic access. “Relocating the stairs is key to getting the most out of the existing space,” says Savoie, whose plan calls for rebuilding the stairway in a central location with needed headroom. With better access—plus finished walls, a ceiling, and new HVAC—the attic will become a usable third floor with an office for Palen and a cozy playroom for Alice.

Throughout the house, the team is preserving and reusing original features where possible. The existing staircase and balustrade remain from the first floor to the second, while TOH general contractor Tom Silva took on the task of raising the low stair railing along the upstairs landing by 6 inches to make it safer and more comfortable (for more, see Bonus How-to, page 92). Pine flooring salvaged from the first floor is going in on the second floor of the addition, as well as where patching is needed upstairs in the old part of the house. With all the floor-plan changes downstairs, new white oak flooring will create a seamless look.

Reshaping the Driveway and Backyard

Anthony Tieuli
TOH landscape contractor Jenn Nawada lays out a planting bed in the front of the house, including a row of boxwoods along the stone wall.

Outside, excavating for the addition presented an opportunity to reshape the driveway and backyard. TOH mason Mark McCullough built a cast concrete-block retaining wall and a set of granite stairs to connect the driveway to the new back entry. In the backyard, TOH landscape contractor Jenn Nawada designed raised-bed vegetable and herb gardens and suggested Melissa and Palen put in a low-maintenance microclover lawn.

Crucial to modernizing the house was addressing dated infrastructure such as the deteriorating iron water line and clay sewer line. “Since Bilo was replumbing the entire house, it made sense to replace the water pipe with copper, which won’t rust,” says TOH plumbing and heating expert Richard Trethewey.

They also replaced the old clay wastewater pipes with PVC after tree roots were found obstructing them. “Having the family involved means a lot,” says Palen. “They have the expertise to guide us and help us make decisions that will last a lifetime.”